We are in the middle of the high season for Tourism here in Rishikesh, and things have also been busy here at the Ganga Valley School. We have just celebrated Holi, which is one of our major festivals, where people throw paint powder at each other in the streets and the surroundings become very colourful. The children loved it!
The adults, not so much.

We have received donations from Rotary International. This included new tables and chairs for the children to work on. This has given the students more space to work which really helps with their learning. We were also given new stationary, school uniforms, battery invertor for the power cuts, and a fan and cooler for the hotter rooms in the summer months.
As mentioned in the previous news letter, Rotary International also donated three top of the range Laptops to the school.

The older students (Shahil, Ashish, Rohit, Divesh, Vipashana, and Laxmi started to learn basic IT skills with Nick.
This included programs such as Microsoft office and how to use the internet. Nick said that he was very impressed that the children knew how to type.
This is thanks to Inge, a previous volunteer who taught the children to type on keyboards which she had made.
The results were incredible!!
Thank you Inge.
The children have been practicing these new skills, and now that they have gained confidence they are beginning to teach the younger students what they have learnt. They are also helping me make resources for the school.

The children have just finished their end of year exams, everyone seemed very positive about how they went.
As a celebration Nick paid for the older students to go rafting along the Ganga.
This was a wonderful opportunity because they had fun working as teams in the boat, but they were allowed to get into the water and practice swimming (with life jackets of course) which none of them had done previously.
It was also nice for the children and Nick to say goodbye to each other, as Nick is now leaving after six months in India.

A big thanks to Mrs Archana Mehrotra for sending the children treats, snacks, food items and Rs 4000 dontion. With the donation we bought school’s books for the 8 students who are
studying in Ganga Valley School.
Yummy treats and snacks produced many smiles during the cold winter – they really appreciated it!
A big thank you to Ashley’s group for the 3500 Rs donation for which we could buy school bags for the children who go to secondary school . I would also like to thank you for the vitamin C supplements and other medicines you provided.
Thank you to Talassi and Andreas who continue to support Rajeev and Sarwan
I together with children would particularly like to express our heartfelt gratitude to the following people.
Dr Elisabeth Veit, Paulien, Gerdien ,Nick and Frank.
During the off season our shop do not generate the money so the donation came to our rescue in our daily needs like food, toiletries ,medicines and celebrating festivals like Diwali…

I want to thank everyone who has donated to the school in the past, the benefits are really showing.
The school has become very successful and well known to the people in Laxman Jhula. Parents and family members are very pleased with their children’s progress.
We wish you all well, we will continue our hard work here and give you further updates at the end of the summer.

Best wishes from Rachel
and the Ganga Valley School family 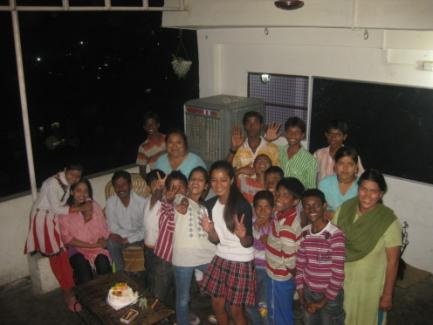